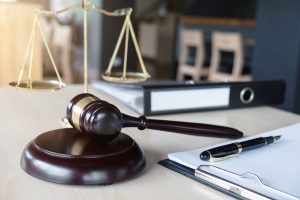 The City of Moore doesn’t operate it’s own jail, so it’s more likely that friends and family members will receive a call from Cleveland County Jail if their friend or family member is held by the police. Abraham’s Bail Bonds of Norman serves Moore, Norman, and the surrounding Cleveland County Jail areas, offering services that will get your loved ones out quickly and with the least possible stress.

The City of Moore in Cleveland County

The diverse and attractive city of Moore is home to 55,000 Oklahoma residents, and is proudly noted as being the “home of Toby Keith.” The City of Moore regularly made national headlines throughout the past couple of decades because of devastating tornadoes, which damaged much of the area. Moore has since been rebuilt, currently consisting of many new homes and suburban neighborhoods. Additionally, Moore has a variety of restaurants and is home to the Moore Veteran’s Memorial.

Why We Are the Best in Moore

Since 1959, Abraham’s Bail Bonds has offered members of the community a fighting chance. No one wants to sit in a jail cell, but it can happen to anyone. We have the key to secure your release. When you want to avoid a stressful, traumatic experience in jail, you need to post bail.

What would happen if you were arrested at midnight? Who could you call? Abraham’s Bail Bonds—that’s who! We are available to handle all types of bail bond services in Moore, OK. It’s what sets us apart from the competition. Our availability, commitment to the community, experienced bail bond agents, and dedication make us a staple in the Moore community. When you require bail bond services, think Abraham’s Bail Bonds. We’ll go above and beyond to help your family in this trying time!

If you need a bail bond in Moore, OK, it’s important to act fast. Bail bonding paperwork will need to be filled out as soon as possible to make sure that your friend or family member is released as quickly as they can be. When people are arrested, they are generally held on a bail amount — this bail amount is used to guarantee the fact that they will go to court. Unfortunately, this bail amount is usually prohibitively costly. Instead of paying the full bail amount, you can instead get a bail bond for a small fee. A bail bond handled by Abraham’s Bail Bonds of Norman will be able to get your friend or family member released pending their trial at a fraction of the bail amount. Contact Abraham’s Bail Bonds of Norman today to find out more.