How the Bail System in the U.S. Began 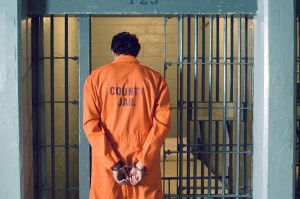 There’s a shroud of mystery surrounding the U.S. bail system. The average citizen might read about bail being set or posted by a celebrity in the daily newspaper or online, but that’s about it. Perhaps your knowledge of the origins of the bail system is quite limited, as it is for most people. Here at Abraham’s Bail Bonds, we’d like to shed a little light on how the bail system began.

During the Middle Ages, England established a policy  that allowed criminals the opportunity to pay—literally, with money—for their crimes. In 1677, the English Parliament passed the Habeas Corpus Act, which allowed local magistrates the chance to set bail terms for criminals in their custody.

In 1689, the English Bill of Rights expanded upon the initial ruling, declaring “excessive bail” unjust and therefore restricted. Later, the Constitution of the Commonwealth of Virginia and the Eighth Amendment of the United States Constitution adopted restrictions on excessive bail.

The Eighth Amendment states that those arrested will be “informed of the nature and cause of the accusation” held against them and be able to demand bail for a bailable offense. What was considered a “bailable offense” was up for discussion, however. The Judiciary Act of 1789 proclaimed that noncapital offenses—crimes for which the death penalty was not applicable—would be bailable offenses. For a capital crime, the chance for bail depended on the presiding judge and court.

Between 1789 and 1966, the bail system was untouched. Then, in 1966, the U.S. Congress passed the Bail Reform Act, which lessened the financial burden on defendants to secure their release. The next change came in the Bail Reform Act of 1984, which prevented discrimination against the poor.