What Happens When the Defendant is Arrested While Out on Bond? 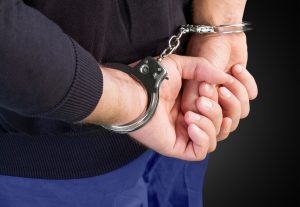 One of the primary conditions of being out on bail is to avoid any wrongdoing. This especially means avoiding a run-in with law enforcement. If you are arrested while already out on bond, you will require a separate bond. Of course, that is assuming the judge is lenient and sets bail for the new charges. However, it’s unlikely. The judge is liable to throw the book at the defendant for breaking the rules while on their last chance.

Complications of a Second Arrest

There are a number of complications surrounding a second arrest while out on bond. You are still required to show up to any court dates for the initial charges. If arrested for another case, in another county, chances are high that the arresting department will not deliver you to the court for your set dates. You’ll miss them and face the consequences.

Furthermore, the defendant will need to speak with their bail bondsman promptly to explain the situation and reschedule their court date. This could work out well with both counties if the bondsman is able to work with you and the court office. However, failure to show up for either trial – of which there are now two – will mean facing the consequences.

In some cases, the prosecutor may decide to charge the defendant with an enhancement for a ‘crime bail crime’ – a particular situation in which, while out on bail, you committed a new felony. This charge may add an additional two years to any previous sentence. This is in addition to the sentencing for the new charges.

If you require help after being re-arrested while on bond, contact Abraham Bail Bonds. Our licensed and certified bail bondsmen are here to help. Just call 405-528-8000!